For the fourth year in a row, Columbus Technical College has been officially designated a 2017 Military Friendly® School. Approximately 21 percent of the student body at Columbus Tech consists of veterans, military spouses and/or dependents, active duty and retirees. The College offers dozens of transferable programs with plenty of financial aid opportunities including VA benefits and the GI Bill. Students like the College’s 2016 Student of the Year and Army veteran Donald Thrasher are able to earn second-to-none skills and education through military benefits. 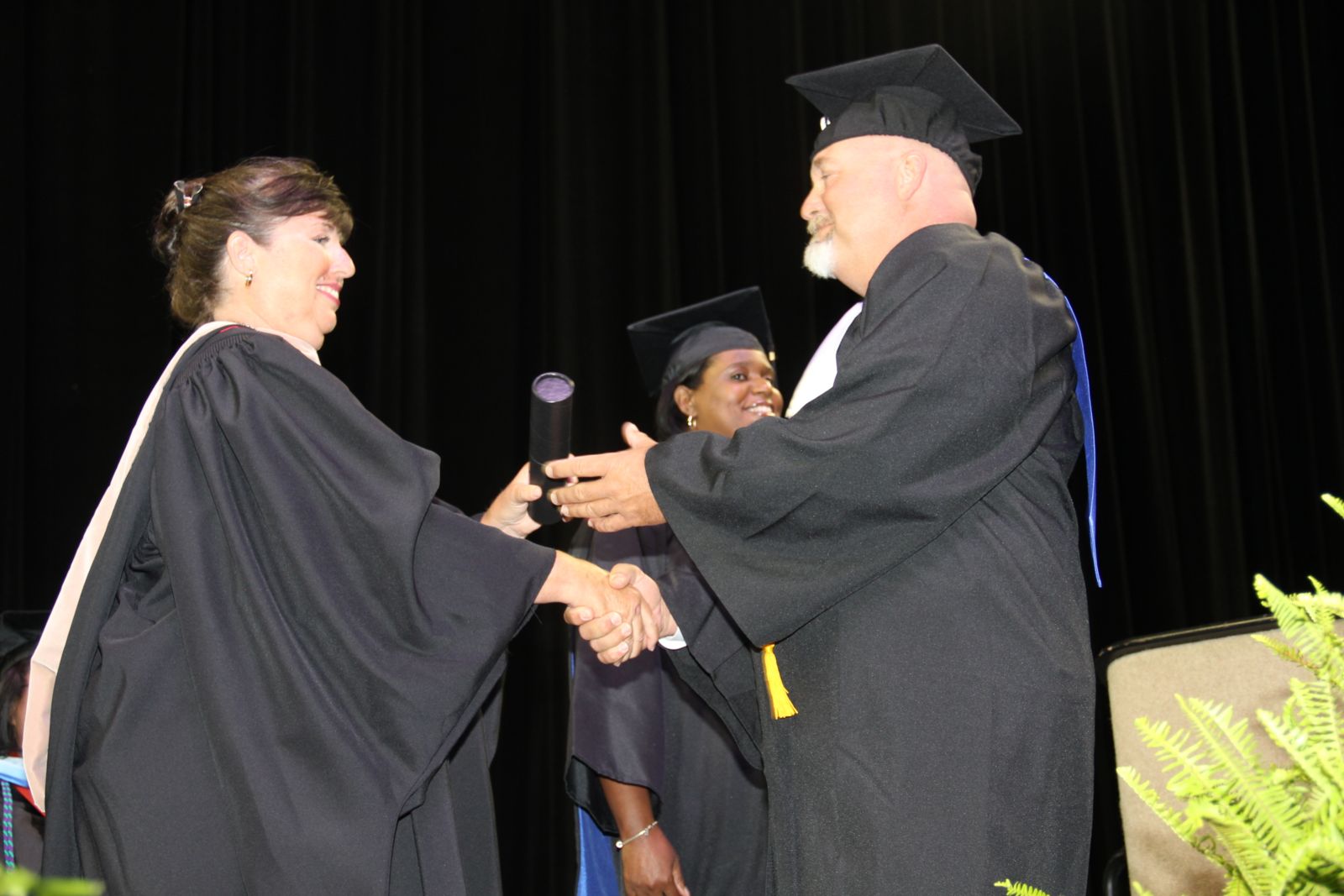 “As a disabled veteran and because I had faced certain criteria during the most recent economic downturn, I qualified to have much of my education paid for,” Thrasher said. “Had it not been for the VA (Veterans Assistance), I may not have been able to attend school.”

Thrasher was part of the 24th Infantry Division from 1988 – 1992 and was deployed for Operation Desert Shield, Desert Storm and served on multiple peacetime deployments.

Thrasher graduated with his Respiratory Care Technology degree in June and is working full time at Midtown Medical Center. He also holds a Bachelor of Arts degree in English from Mercer University and hopes to pursue his Master’s degree in either healthcare or public administration.

“We are making great strides in providing educational and job-training opportunities to individuals associated with the military,” said Columbus Technical College President Lorette M. Hoover. “Our presence at Benning continues to grow with the College not only offering several classes on post for military personnel and their families but complete programs as well.”

The Military Friendly ® Schools list is created each year based on extensive research using public data sources for more than 8,800 schools nationwide, input from student veterans, and responses to the proprietary, data-driven Military Friendly® Schools survey from participating institutions. The survey
questions, methodology, criteria and weightings were developed by Victory Media with the assistance of an independent research firm and an advisory council of educators and employers. The survey is administered for free and is open to all post-secondary schools that wish to participate.
Criteria for consideration can be found at the Military Friendly website.