Cameron Pearce, a 12th grader at Harris County High School, won first place in the 2019 Manufacturing Appreciation Week (MAW) student design contest in the ninth through twelfth grade category. Pearce was presented with a $500 scholarship check at the annual MAW luncheon at the Georgia International Convention Center Thursday while thousands looked on, including Georgia Governor Brian Kemp and the Commissioner of the Technical College System of Georgia Matt Arthur.

“I wanted to show the process of manufacturing,” Pearce said of her artwork. This is the second year Pearce has won an award with the Manufacturing Appreciation Week student design contest. 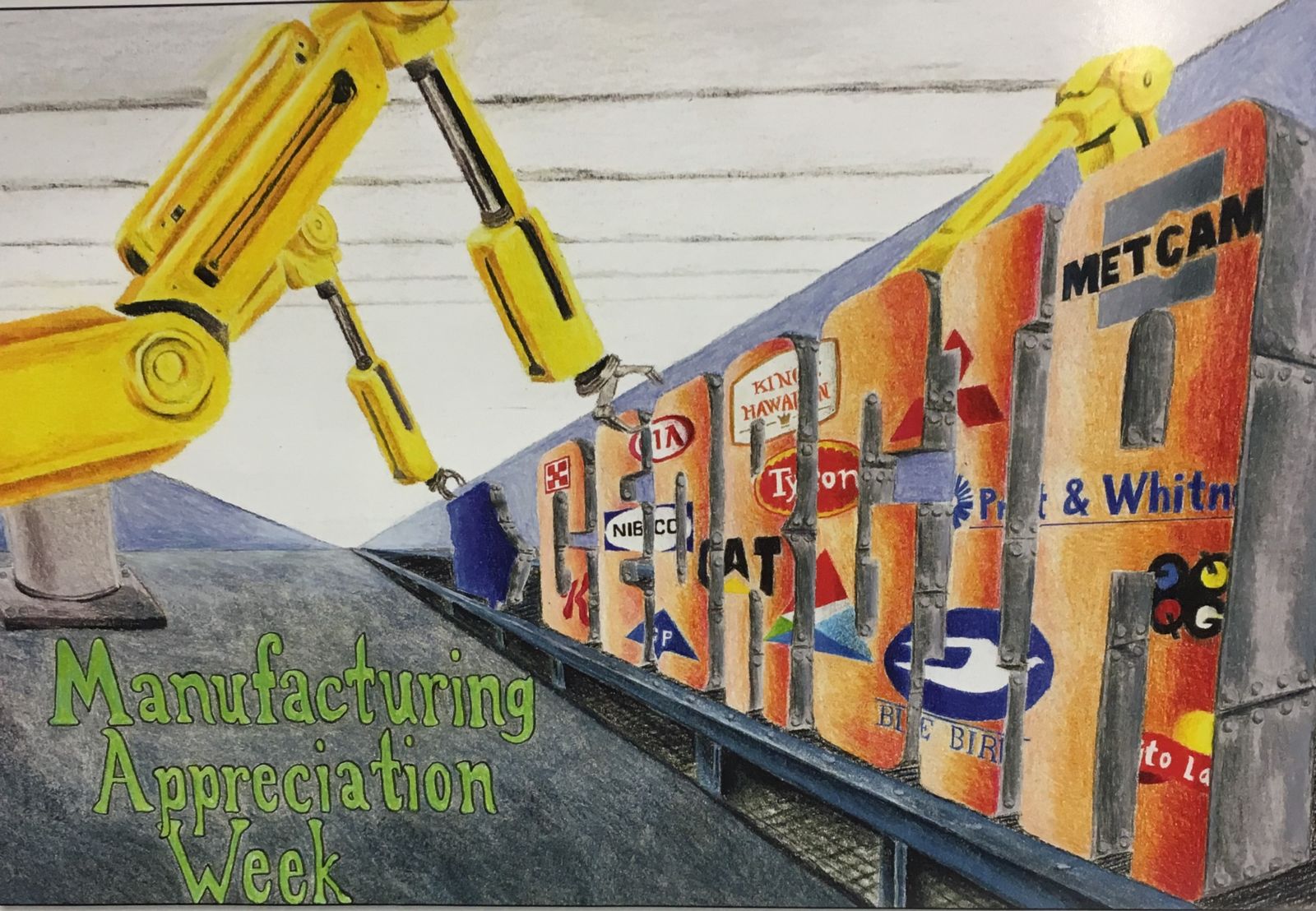 She said she was excited not only for herself in winning, but also that her school is recognized. 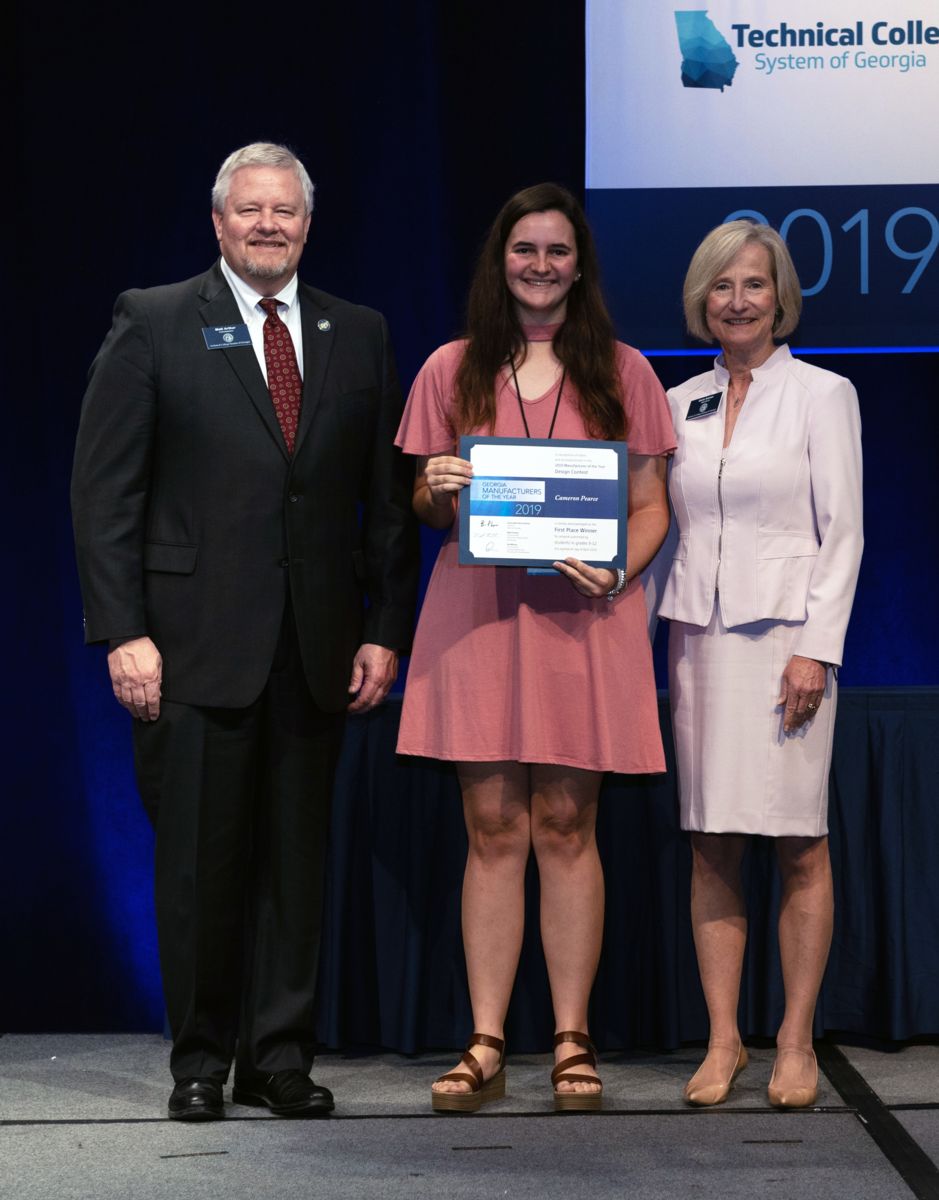 “We are so proud of Cameron and thrilled that her creativity is being recognized in such a positive way,” said Lorette M. Hoover, president of Columbus Technical College.  “It’s so important to understand that manufacturing in today’s world is not like it was years ago.  It requires specific job skills – that can be honed through technical education – and there are amazing opportunities.  By marrying that message with the art contest, it allows for more young people to see a possible future in this growing industry.”

The Governor’s Awards Luncheon is the highlight of MAW, celebrated this year April 15 through 19. Co-hosted by the Technical College System of Georgia and the Georgia Department of Economic Development, MAW brings attention to the tremendous contribution manufacturing makes on Georgia’s economic growth. According to Gov. Kemp, nearly 9,802 manufacturing facilities are located in Georgia, providing 406,602 jobs and generating more than $22.7 billion in wages for Georgia’s citizens. He noted manufacturing contributed more than $61 billion to the state’s economy last year.  This is the 25th year celebrating Manufacturing Appreciation Week in Georgia.