Columbus Technical College is proud to announce its 2018 winners for the college and adult education students of the year.

“It just makes so much sense financially,” Trey Brown said. “We’ll get our degree in under two years and then go back to CSU to finish our bachelor’s. So we’ll have two degrees within five years with hardly any debt.”

Trey Brown is making it his life’s mission to excel. He suffers from what he now knows is ADHD (Attention Deficit Hyperactivity Disorder). But when he was in elementary school, he and his teachers struggled.

“Teachers didn't know what to do with me,” he remembered. “I couldn't stay focused and they’d just stick me in a corner or make me go to recess or take tests by myself. They just told me I had to change to be like everyone else. I am here to prove them wrong and to show if I can do this, anyone can.”

Brown also commented on how the learning environment at Columbus Technical College will help him in the future.

“The faculty and technology here is amazing. I know I’ll be ready to go when the time comes to start my dream job,” Brown said. “The fact that there are small classes and plenty of one-on-one time with instructors is especially helpful for me with my condition.”

Brown chose the healthcare field because he can empathize with others going through medical challenges.

“I felt alone in the dark at times and I think that will help me relate to patients.”

The 2018 EAGLE (Exceptional Adult Georgian in Literacy Education) winner for Columbus Technical College is 63-year-old great-grandfather Xavier Lewis of Columbus. Despite being able to find work fixing cars and the like since he dropped out of school at 16, Lewis felt something was missing so he decided to pursue his GED. It hasn’t been an easy road. 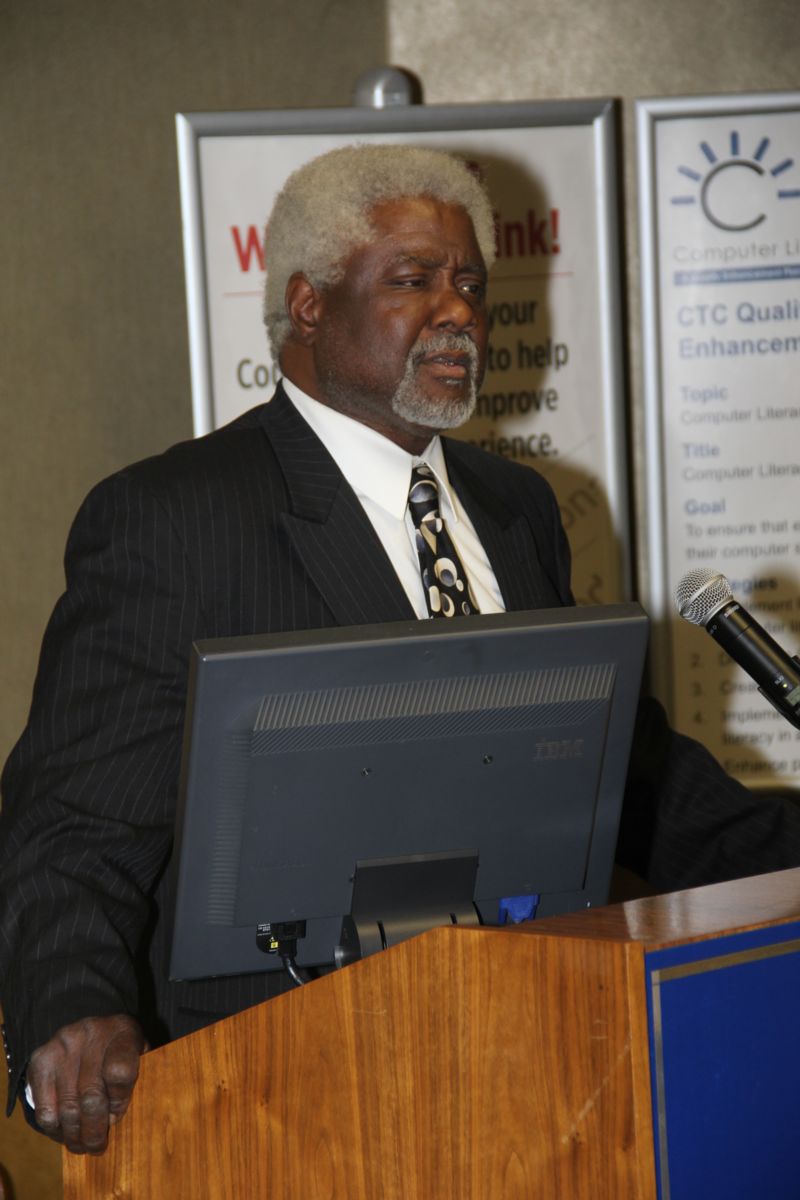 “When I took the placement test, it showed I read at a third-grade level. I took classes, studied, became a mentor to the younger kids in my class but when it came time to take my GED tests, I failed the science portion seven times,” Lewis said. “But I didn’t give up. I was like The Little Engine that Could. I just had to keep going.”

Lewis has since graduated from the GED program and is now a student at Columbus Technical College enrolled in the automotive technology program. He and his wife have four children, ten grandchildren, and four great-grandchildren.

As the EAGLE delegate, Lewis will represent Columbus Technical College at the annual state competition in March. This marks the 25th Anniversary of the statewide EAGLE competition so Xavier Lewis has been affectionately nicknamed our “silver EAGLE.” The GOAL delegate will compete regionally in March and then move on to the state finals in April. This is the 47th year for GOAL.

If they earn the state title, Trey Brown will also win keys to a new KIA while Xavier Lewis will earn a full scholarship to Columbus Technical College. Both will represent the state as ambassadors for technical and adult education.

The Rick Perkins Instructor of the year for Columbus Technical College will be announced in January. The finalists for that distinction are:  Alicia Anderson/Chemistry, Vernita Harris/Business, and Denishia Tatum/Nursing.

Congratulations to all our winners and finalists!